The Wealth Mindset by Neville Goddard is perhaps his most underread book and according to me the best book written by him but do you know it defines the entire process of manifestation in just 3 important and crucial steps? That’s the reason why it is a must read book – one of his least spoken and nevertheless, one of the most powerful ones. Honestly, this is the one book that made the entire process crystal clear for me and can do so for you too. Read on to know more…

So the 3 steps are

Once they are laid out, they make so much sense but till I had read this, I was simply working on one or the other part of these 3 and that is the reason most manifestations are delayed. We are all running in different directions, following different techniques, authors or modality but no manifestation is complete without all 3 of these falling into place. Let’s look at each of these in complete detail

The English letters of the alphabet are very strategically placed where B comes before D which comes before H. Similarly, in the area of manifestation, we must first be in order to do and then have. You cannot have a million dollars unless you first make up your mind to be a millionaire and if it goes the other way round, like we have heard of a lot of lottery winners (Believe it or not, statistics show 70% of lottery winners end up broke and a third go on to declare bankruptcy, according to the National Endowment for Financial Education. Runaway spending, toxic investments and poor accounting can burn through a lucrative windfall in next to no time) So, if you are trying to manifest a lottery win without first working on your self- concept, in the hope that you will never have to think about money again, well, it could work, of course if you apply the laws of manifestation and imagine or speak it into existance, it will happen, it has to as per law. But like Neville always says the purpose of true metaphysics is is to bring about a rebirth or radical psychological change in the individual. Such a change cannot take place until the individual first discovers the self that he would change.

The only example in the book, albeit an extremely powerful one is that of a Negro who comes to Neville saying that he is at the effect of the colour of his skin and the associated stigma. This person has the self-concept or I amness of a person who is underprivileged and discriminated against because of the colour of his skin. Even though he can barely afford it, he attends Neville’s lectures and goes on to becoming a millionaire by changing his self-concept. It takes him three whole years and at the end he masters the area of manifestation to the level that he knows that everyting is available for him at his command.

This is probably the most difficult concept to grasp and change but once this is changed, the other two are effortless and even inevitable.

Definition of Aim – Wealth mindset is incomplete without this

This is the starting point of all manifestation. Unless we know what it is we truly desire and aim at manifesting it using the power of deliberate intent, we will be at the effect of the events of our life. You may say, it is understood, of course that a well-defined aim is the basis for all manifestastion, however, you will be surprised at the number of struggling manifestors who are groping in the dark simply because they have not defined their aim and are hence not, living in the end as Neville repeats in so many of his lectures.

Detatchment – The main reason wealth mindset itself is not enough

This is the most difficult aspect in all manifestation. Getting detatched from the person you currently are in the process of becoming the person you wish to be. It is a continuous process of evolution and expansion. As creators, we are here to explore, experience, expand, express and in the process evolve. God became man so that man could become God. Unless you detatch from your current state, you will never become your desired state.

This will require to come out of victim mentality, blame, guilt, let go of the past and live as God. This is where the various modalities and spiritual practices aim at taking you, however, most of these modalities are very successful in making you feel good most of the time, however, to completely assume your role as God with the brazen impudence that is a creator’s greatest quality, a combination of each of these 3 techniques is required.

One of the techniques that I highly recommend, if you are a Neville follower is Creative Visualisation. No SATS (State Akin to Sleep) are complete without the skill of creative visualisation. I highly believe this is one skill every person whether a novice or a stalwart in the area of manifestation will really benefit from developing.

But of course, as long as these 3 are taken care of, your manifestation is inevitable, no matter what technique you use. There is a marked difference in the way Neville Goddard and other LOA teachers look at the entire process of manifestation and explains it using biblical references. Instead of looking at the concept of an external deity or God or universe, he says that God is your own wonderful human imagination which is capable of everything and that consciousness is the only reality and everything is complete within our consciousness

The wealth mindset wouldn’t be complete without mentioning one of the famous Nevillian quotes which is mentioned towards the end of the book as a dream Neville’s wife had “You must stop spending your thoughts, time, and money. Everything in life must be an investment.”

Neville is known for his amazing simple techniques. Is there any technique he has shared in this book? 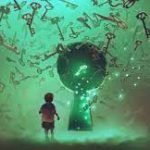 In his own words “Those who were not here on Sunday let me remind you it is a very simple technique. As I told you on Sunday, any time that you exercise your imagination, and do it lovingly on behalf of another, you are mediating God to man. So we sit quietly and we simply become imitators of our Father. And He called the world into being by being the thing he would call. And so we sit and we listen as though we heard someone congratulating us on having found what we seek. So we go to the end of the matter and we listen just as though we heard, and we look as though we saw, and we try in this manner to feel ourselves right into the situation of our answered prayer, and there we wait in the silence just for about two minutes, and so they will lower the lights to aid you. And let me remind you if you want to clear your throat, please do so. If you want to shift your position in the chair, do so. Feel as though you are alone at home, because if you don’t and you try not to disturb the neighbor, you will not be able to exercise your imagination on behalf of anyone. So now I will take the chair and just simply listen attentively, just as though you heard. I’ll make you this promise – the day you are very still in mind and really become attentive, you will hear as coming from without what really you are whispering from within yourself.”

Is this book available as an e book or a pdf?

Unfortunately, currently it is not available or compiled as an Ebook or pdf. Only hard copies and audio books are available. It is a compilation of 3 seperate lectures which are ‘Fundamentals, Changing the feeling of “I” and Sound Investments‘

How does Neville suggest to change the Feeling of the “I”?

Again, in Neville’s own words “And now, how do we go about changing the “I”. First of all, we must discover the “I” and we do this by an uncritical observation of self. This will reveal a self that will shock you. You will be altogether, I wouldn’t say afraid, but ashamed to admit you’ve ever known such a lowly creature. And had it been God Himself who drew near in this despicable form, you would have denied him a thousand times before a single cock would crow. You couldn’t believe that this is the self that you’ve carried around and protected and excused and justified. Then you start changing this self after, by an uncritical observation, you make the discovery of that self. For the acceptance of self is the essence of the moral problem of the world. It is the epitome of a true outlook on life, for it is the sole cause of everything you observe.” The entire article is available here